Hi there, I am Sarah Bisikwa, an avid traveller and adventure seeker from Uganda. Saw Bizzy is a blog about my experiences as I travel across my country and other parts of the world. My passion for travel was ignited years ago when… END_OF_DOCUMENT_TOKEN_TO_BE_REPLACED

END_OF_DOCUMENT_TOKEN_TO_BE_REPLACED

What started out as a chase for the eclipse, ended in a stunning sunset like no other.

In case you missed it, the blood moon/total lunar eclipse was the talk of town last weekend. The blood moon was the longest lunar eclipse of the 21st century and lasted nearly 4 hours. It turned the moon to a mystical deep red or reddish brown hence the name (pretty obvious). Although no one told you, Kapchorwa district in Uganda was the best spot to view this natural wonder and I was there (along with my favourite campers).

I arrived in Kapchorwa at Moses’ Camp Site on Friday evening, just in time to watch the heavenly orchestra. Although the moon dominated the skies and shone boldly, Mars didn’t shy away from the theatrics and made a guest appearance. But before we get too excited, it’s about time I confess that it got really cloudy and we might have missed the bigger part of it. So, we opted to chase blood sunsets the next evening and it was spectacular;

4. Gone with the sun and never coming back

5. An audience of three and counting

11. And then the models came out 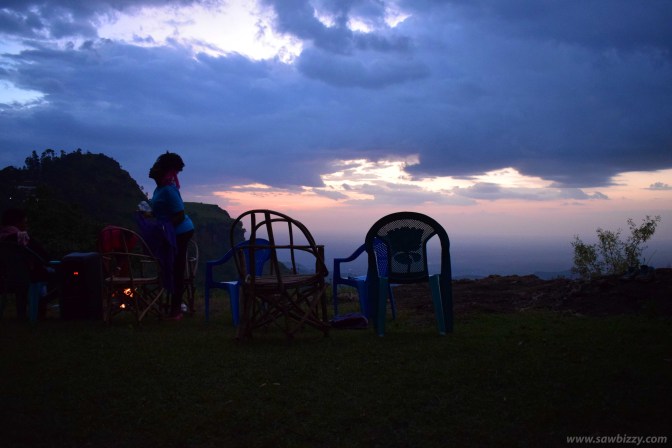 For more on Kapchorwa as never seen before, keep following the blog this month.

Life's fondest memories are made by enjoying life's simple pleasures. View all posts by Sarah Bisikwa

5 thoughts on “CHASING THE BLOOD MOON”